24 “And Samuel said to all the people, See ye him whom the Lord hath chosen, that there is none like him among all the people? And all the people shouted, and said, God save the king.”
25 “Then Samuel told the people the manner of the kingdom, and wrote it in a book, and laid it up before the Lord. And Samuel sent all the people away, every man to his house.”

Our Nation’s Borders are Established by God

26 “And hath made of one blood all nations of men for to dwell on all the face of the earth, and hath determined the times before appointed, and the bounds of their habitation;”
27 “That they should seek the Lord, if haply they might feel after him, and find him, though he be not far from every one of us:”

“Treason against the United States, shall consist only in levying war against them, or in adhering to their enemies, giving them aid and comfort. No person shall be convicted of treason unless on the testimony of two witnesses to the same overt act, or on confession in open court.”

Philistine “Gun Control” over the Children of Israel

“Now there was no smith found throughout all the land of Israel: for the Philistines said, Lest the Hebrews make them swords or spears:”

43 “Then Saul said to Jonathan, Tell me what thou hast done. And Jonathan told him, and said, I did but taste a little honey with the end of the rod that was in mine hand, and, lo, I must die.

44 And Saul answered, God do so and more also: for thou shalt surely die, Jonathan.

45 And the people said unto Saul, Shall Jonathan die, who hath wrought this great salvation in Israel? God forbid: as the Lord liveth, there shall not one hair of his head fall to the ground; for he hath wrought with God this day. So the people rescued Jonathan, that he died not.”

The Impossibility of Achieving Salvation by Following the Law

“I do not frustrate the grace of God: for if righteousness come by the law, then Christ is dead in vain.”

A wonderfully curious verse about the character of Government officials

“This matter is by the decree of the watchers, and the demand by the word of the holy ones: to the intent that the living may know that the most High ruleth in the kingdom of men, and giveth it to whomsoever he will, and setteth up over it the basest of men.”

“[I]t is usually God’s way to begin His great works with small things.”

“For who hath despised the day of small things? for they shall rejoice, and shall see the plummet in the hand of Zerubbabel with those seven; they are the eyes of the LORD, which run to and fro through the whole earth.”

“Jonathan said to his young armor-bearer, ‘Come, let’s go over to the outpost of those uncircumcised men. Perhaps the Lord will act in our behalf. Nothing can hinder the Lord from saving, whether by many or by few.’”

When individuals, or the citizens of a nation, are gripped by fear, they will usually make bad decisions

“For God has not given us a spirit of fear, but of power, and of love, and of a sound mind.”

How to Act in the Time of Judgment

1 “Gather yourselves together, yea, gather together, O nation not desired;

3 Seek ye the Lord, all ye meek of the earth, which have wrought his judgment; seek righteousness, seek meekness: it may be ye shall be hid in the day of the Lord’s anger.”

3 Why dost thou shew me iniquity, and cause me to behold grievance? for spoiling and violence are before me: and there are that raise up strife and contention.

4 Therefore the law is slacked, and judgment doth never go forth: for the wicked doth compass about the righteous; therefore wrong judgment proceedeth.”

“He that is first in his own cause seemeth just; but his neighbour cometh and searcheth him.” 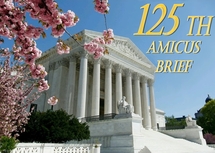